In the run-up to the 2018 election, Broken Promises — a mysterious nonprofit group registered to a UPS box in the nation’s capital — gave $25,000 to a political committee called Consumer for Energy Fairness. It was the first donation the committee received that year.

The next day, Consumers for Energy Fairness passed $25,000 to Ron DeSantis’ political committee, according to state campaign finance records.

But a trove of documents leaked to the Miami Herald/Tampa Bay Times reveals the hidden financial backer behind Broken Promises: Florida Power & Light, the powerful electric utility now at the center of a string of political scandals. The scandals involve attempts by FPL’s political consultants to secretly manipulate Florida elections.

Broken Promises’ donation to DeSantis is the first time the governor’s campaign has been linked, in this case indirectly, to the activities of FPL’s political consultants. 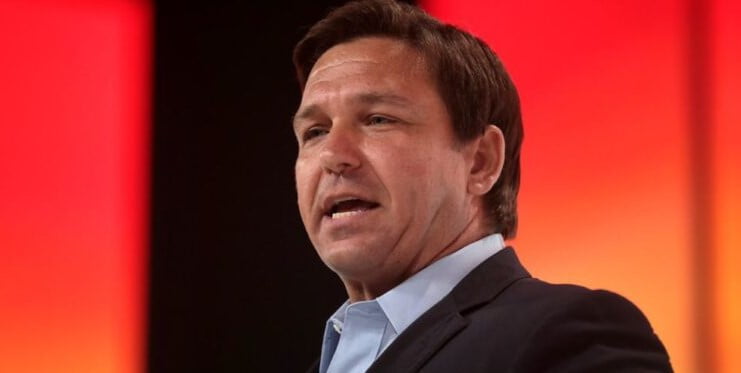 In one controversy among many, consultants working for FPL used Broken Promises to covertly fund a spoiler candidate in a 2018 Gainesville-area state Senate race, a Herald/Times investigation found. The candidate, a longtime Democrat, split the liberal vote, ensuring that a Republican friendly to the utility hung onto the seat.

The ledger shows that on Sept. 26, 2018, Matrix sent $100,000 of FPL funds to Broken Promises. A week later, Broken Promises gave $25,000 to Consumers for Energy Fairness, according to state campaign finance records. The next day, Consumers for Energy Fairness gave that same amount to Friends of Ron DeSantis, the future governor’s political committee, the state records show.

DeSantis and his appointees have supported the utility.

Last year, the Public Service Commission voted to allow FPL to raise customer bills $4.7 billion over the next four years — and even higher if the company’s federal tax bill goes up and if interest rates rise.

The Alabama-based group’s director, Apryl Marie Fogel, declined to comment beyond saying: “Not my circus, not my monkeys.”

Neither DeSantis’ 2022 re-election campaign nor the governor’s office responded to questions for this story.

DeSantis has not commented on FPL’s political activities.
source: [ www.yahoo.com

Spread the love
No Result
View All Result